How to Take an Epic Canadian National Parks Road Trip 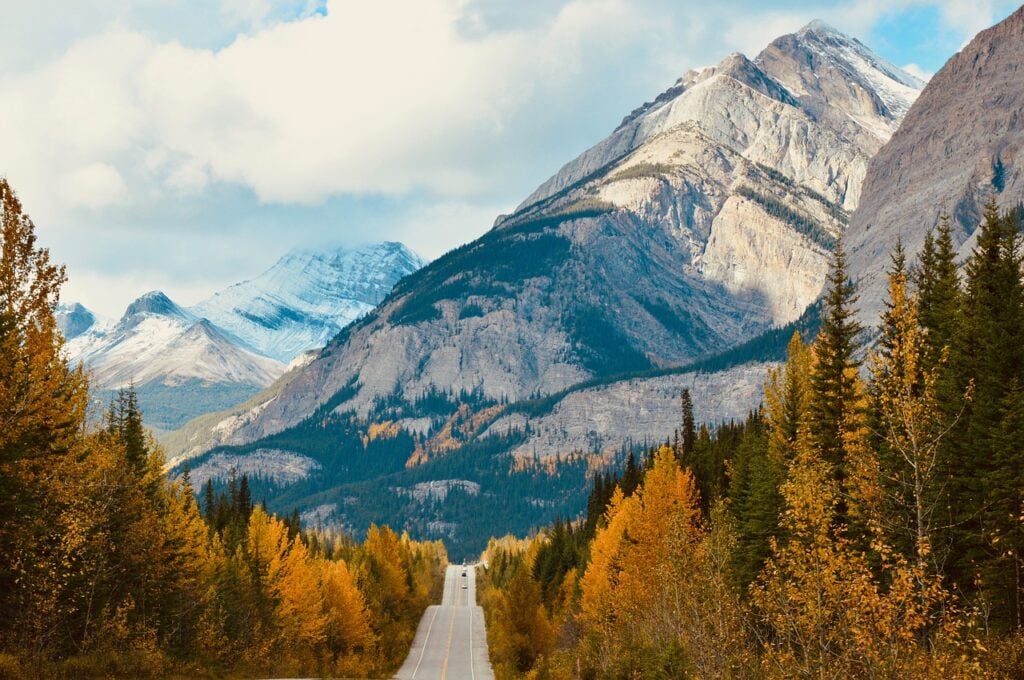 I have visited a lot of Canada’s National Parks. Recently I wanted to figure out how many parks I had left to visit, and the best way to see them. I’ve also driven across Canada twice, and I know it’s a beautiful trip. I had a look at a map and figured out that while some Canadian National Parks are fly or boat-in only, most of them are easy to reach on a road trip. And actually, you could design a really epic road trip from coast to coast that includes most of the National Parks plus lots of Canada’s major cities. So I sat down with google maps and worked one out for you! Here is my guide to the ultimate Canadian National Parks road trip. Enjoy!

As of 2019, Canada has 48 National Parks. Thirty-one of them have road-access. (You have to fly or boat into the others.) I’ve used Google maps to design a cross-Canada road trip that visits all 31 of those parks with the least amount of backtracking possible. In most places, the route stays close to the trans-Canada highway, so it’s easy to take short detours off the cross-Canada route to visit National Parks.

This road trip visits every single Canadian province and two territories. (Nunavut isn’t connected to the road network. That means it’s not even possible to road trip there!) It includes 31 National Park and also visits lots of major Canadian cities and provincial capitals, since you’ll have to to eat some great food and soak up some culture now and then.

The entire Canadian National Parks road trip involves over 19,000km (11,800 miles) of driving. And lots of the parks are REALLY big. For example, Wood Buffalo National Park is larger than the entire country of Denmark! (For more fun trivia, check out this list of 155 crazy facts about Canada).

At a minimum, it would take about a month or two to complete the entire trip, but it would be REALLY rushed. Ideally, I would set aside at least 4 months for this epic road trip, but ideally closer to 5 or 6 months to really spend time in each place.

Of course, that’s a lot of time off for most people, so if you don’t have that much time, take a few weeks to just do a section. Some of the areas I’ve enjoyed the most are the Rocky Mountain parks in BC and Alberta, and the Atlantic Canadian provinces, especially Newfoundland.

Weather in Canada is no joke. By far the best time of year to do this road trip would be the summer months of June to September. May and October are also nice unless you are in the north. Theoretically, you could do this trip at any time of year with good snow tires and some winter driving experience, but many of the parks have reduced services in the winter or close completely.

Here’s the custom google map of Canada’s National Parks I’ve made for you. Click to explore the map. The National Parks you can visit by car are in green. Parks you have to fly or boat into are in red. The blue line is the epic Canadian National Park road trip route.

Here’s a list of every single National Park in Canada visited on the road trip, in order from west to east. It also includes important cities and provincial capital cities. I’ve listed every National Park and city I have visited in bold. That means I’ve been to 17 of the 31 parks on this road trip already! Just 14 to go!

While they are difficult to get to, and in many cases pretty expensive, I’d love to visit some of Canada’s more remote National Parks. Here are the other 17 National Parks that require charter flights or boats to reach. I’ve included info on their location and how to get there if you’re curious.

Akami-Uapishkᵁ-KakKasuak-Mealy Mountains National Park Reserve: Located in southeastern Labrador, the only way to reach this park is to fly in from the town of Happy Valley-Goose Bay.

Aulavik National Park: This park is on the north end of Banks Island, an arctic island in the North-West Territories. To get there, you’ll fly in from Inuvik, NWT.

Auyuittuq National Park: To get to this park on the southern end of Baffin Island in Nunavut, you charter a flight from Iqaluit, NU.

Gwaii Haanas National Park Reserve: This national park is located in the southern end of Haida Gwaii (also known as the Queen Charlotte Islands) off the west coast of British Columbia. To get to Haida Gwaii, drive your car onto the passenger ferry in Prince Rupert, BC. Once you’re on the island, you can take a boat or a float plane from Queen Charlotte City into the park.

Ivvavik National Park: This park is located along the Arctic Ocean in the northern part of the Yukon Territory. The only way to get there is to charter a flight from Inuvik, NWT.

Nááts’įhch’oh National Park Reserve: This Canadian national park is located in the North West Territories near the border with Yukon Territory. To get there, you’ll need to fly to the remote communities of Norman Wells, Tulita, or Fort Simpson, NWT, and then charter a floatplane into the park.

Qausuittuq National Park: This park is located on Bathhurst Island in Nunavut’s high arctic. To get there, you can fly in from Iqaluit, Nunavut.

Quttinirpaaq National Park: Canada’s northernmost National Park, this park is located on Ellesmere Island. To get there, you’ll have to fly in from Iqaluit, Nunavut to Resolute Bay, then into the park.

Sable Island National Park Reserve: Located in the Atlantic Ocean off the coast of Nova Scotia, Sable Island is a giant sand bar with a population of wild horses. The only way to reach it is by charter flight from Halifax, NS.

Sirmilik National Park: This arctic National Park is on the northern end of Baffin Island in Nunavut. To get there, fly from Iqaluit to Pond Inlet or Arctic Bay, then snowmobile or boat into the park.

Thaidene Nene National Park Reserve: This brand new National Park was just created in 2019. It’s located on the eastern end of Great Slave Lake in the North West Territories. The only way to get there is by boat or floatplane from Yellowknife.

Torngat Mountains National Park: Located in northern Labrador, the easiest way to get there is to take a charter flight from Happy Valley-Goose Bay, Labrador to Saglek airstrip at the southern end of the park. From there you can take a boat or helicopter into the park.

Tuktut Nogait National Park: This northern park is located in the North West Territories near the border with Nunavut. To get there, book a charter flight from Inuvik, NWT.

Ukkusiksalik National Park: Located in Nunavut near Hudson’s Bay, the only way to reach this park is by charter flight from Baker Lake, Rankin Inlet, or Naujaat, Nunavut then boat or fly into the park.

Vuntut National Park: This National Park is located near the Alaska border in Yukon Territory. To get there, fly to Old Crow, Yukon, then fly or paddle into the park.

Wapusk National Park: Located in the heart of polar bear country on Hudson’s Bay in Manitoba, this park can be reached by boat, snowmobile, plane or dog team from the town of Churchill, Manitoba.

So there’s my itinerary for the most epic Canadian National Parks road trip. If you are planning a road trip across Canada, these 31 National Parks should be on your list.

Don’t have enough time for a full cross-Canada road trip? Here are some ideas for shorter Canadian road trips: